Kostas Gouliamos was awarded the Panhellenic Poetry Prize “Jean Moreas” for his collection “Liquid Glass” (Gutenberg publications, 2020). The “Jean Moreas” Poetry Prize is held under the auspices of the Ministry of Culture. The award ceremony took place in the context of the Patras World Poetry Festival, one of the most important poetry institutions in Europe. His award is a special honor for the community of European University Cyprus, where he served as Rector, and today holds the post of senior advisor for the strategic development of the university.

The Committee’s decision to award the “Jean Moreas” prize was unanimous, and the reasoning refers – among others – to the fact that  “in “Liquid Glass”, Kostas Gouliamos admirably debates with human events and poets’ actions…highlighting the unity of the material world, while, at the same time, eradicating the “side effects of logic”… “Liquid Glass” constitutes an anthem to the poetry that insists on stirring and learning”.

Kostas Gouliamos, one of the central representatives of the well-known “generation of the 70s’”, has a long history in poetic events, as this year marks his 45 year anniversary in the field of letters and arts. He has published a total of six poetry collections. One of them – “Neurasthenic Landscapes” – was chosen by Manos Hadjidakis for an audiovisual presentation at the “International Music Festival August 1981”. He is one of the most internationally recognized personalities in the field of culture, letters and arts.

In 2018, he was elected a Full Member of the European Academy of Sciences and Arts, and in 2021 a Fellow of the Royal Society of Arts in London. He co-authored with Mikis Theodorakis the essay “In the Dialectic of Harmony” (2018, Gutenberg).

In 2018, he represented Cyprus as a poet in pan-European events on literature held in Amsterdam, the Netherlands, while he also participated in the European Literature Night in Leeuwarden, as part of the program for the European Capital of Culture 2018.

His poetry has been translated and critically studied by top poets and intellectuals from Greece, Cyprus, Europe and North America. 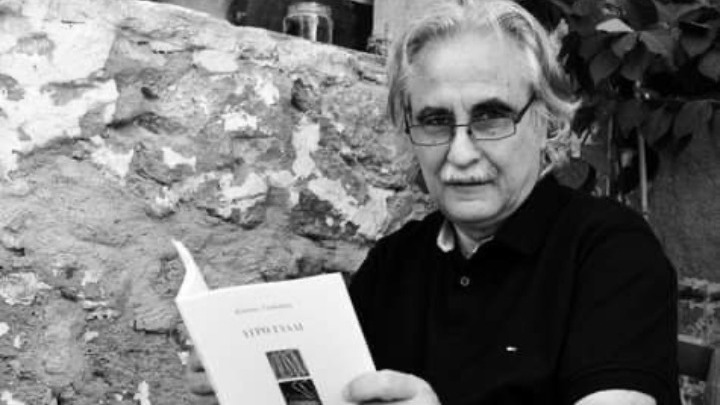